How Game Pass helped me rediscover my love of gaming, and why its the future

As a kid and far into my teens, all I wanted to do was play games. Xbox, Playstation, Nintendo, heck even Yu-gi-oh and Beyblade (sorry about the bath and sink mum); I mean - what kid at that age didn’t? There was a world of groundbreaking games, immersive worlds and endless avenues of imagination to explore. Battling Ganon as Link in Zelda, or doing my best to catch every Pokemon - like many other kids my age, these games were everything to me. As I grew older, I started to find love in more mature games, like COD, Skyrim, and Bioshock (one of the best game series of all time BTW). I’d always make time for games. Now, I wasn’t the most sociable person, so gaming was my comfort zone; I could always rely on it to make me happy and it was always there for me.

Sadly as I got older, went to university, and started a job (which I love), my passion for gaming dwindled - I stopped trying out new games and I rarely went back to the games which gave me so much joy as a child. From the age of 21 to around 26, I still played games A LOT, although it was just FIFA and Pokemon Go...it was my comfort zone, but whereas I relied on it to keep me company in my teens, it had now become more of a place to unwind, where I didn’t need to think and I could just mindlessly stimulate my brain and not have to think about bills, how far into my overdraft I am, or if that guy wants to go on a second date with me (he didn’t). But through creating this habit, I’d forgotten why I enjoyed games. They became a bit empty to me - just things I did to pass the time.

‍Of course, I kept an active eye on games that I wanted to play. Believe me, I still reaaaally wanted to play them, but I just thought “urgh, I really can’t be arsed spending 55 quid on a game I’ll complete in about a week, sure I’ll really enjoy it, but I just don’t see the point in spending money”. Normally I’d wait a few years for it go down in price and pop into CEX to get a lovely scratched and oddly scented second hand version, to then as usual complete it and then return to FIFA (I didn’t even particularly love FIFA, it was just something that didn't require much thought).

So along comes Game Pass. Of course, it had been around since 2017, but in its early days wasn't quite the beast it is now. Initially it only had Microsoft games, but slowly, bigger and bigger games were added, and that’s when it started to pique my interest. Then 1, 2, 5, 8, 15 games I wanted to play got added - and then I thought, so instead of paying 30ish quid for each of these games, I could pay 9 quid a month to play them all? DEAL. I already paid for Xbox Live Gold every month for FIFA, so what was 2 more quid? And that's where it started. I dove headfirst into the world of Game Pass, playing games I’d had my eyes on for years: Fallout, Shadow of War, Halo, to name a few. I had endless avenues of imagination and immersive worlds at my fingertips again, and I had rediscovered my love for games - finally. If it wasn't for Game Pass, I’d probably still be playing FIFA today.

Game Pass’ success is already cemented. Recently they acquired one of the biggest game studios in the world: Zenimax Media, owners of studios like Bethesda (Elder Scrolls, Fallout), id Software (Doom, Quake, Rage), Arkane (Dishonored, Prey) and more. These are some of THE BIGGEST and most loved games to ever be released - oh, and they’ll all be added to Game Pass’ already extensive library. Microsoft’s acquisition of Zenimax for $7.5bn proves how serious they are about Game Pass being the model for Xbox and PC gaming for the foreseeable future. And not only that, EA Access has now merged with Game Pass, so subscribers can now play EA’s massive gaming library with ease, at no extra cost.

It’s no surprise that Microsoft is banking so much on the success of Game Pass; they recently announced that 70% of Xbox Series X and S consoles are linked to a Game Pass subscription - 70%! That’s insane! Comparatively to Playstation and Switch, why wouldn’t you go for the console that has an endless supply of games ready to play at launch, which have been optimised for your new system? And with the ability to now stream games to Android devices, and soon to be Apple also, Microsoft are massively ahead of the curve and have already built the framework for success in a more instant and accessible world.

Playstation has also dipped its toe into a subscription-based game library which mainly relied on streaming - which isn't always super accessible if you have a poor internet connection - but it did not match the success of Game Pass. Along with the launch of the PS5 they have now rebuffed their efforts into PS Now to make it a bigger competitor. And that’s not Game Pass’ only competitor. Amazon recently announced Prime Gaming, their own stab at the world of subscription gaming. Although only available to PC gamers, their integration with Twitch could prove massive; how amazing is it that you can be watching a streamer play a game, and then tap the Play button hovering in the corner, and BAM - you are playing the game yourself, without even having to download anything. There's also Google Stadia, which may have paved the way for cloud-based gaming, but may not be around to see the fruits of its labour. I’ve tried it, it runs GREAT if...you have a good internet connection, which sadly I don’t. I’m sure the killer in Dead by Daylight got a laugh out of my robot running away from them when they were chasing me.

Subscription-based game services are definitely the future of gaming; heck it’s even the now of gaming. There are endless games to play - for the seasoned gamer, the sporadic, the newbie, and even the gamer like me who lost their way. And not to mention the opportunities for indie developers to get their game in front of a massive audience, instead of battling for gamers' valuable cash to buy their game over another skin in Fortnite. These services are the future of the gaming industry, and we are oh so lucky to have them already. 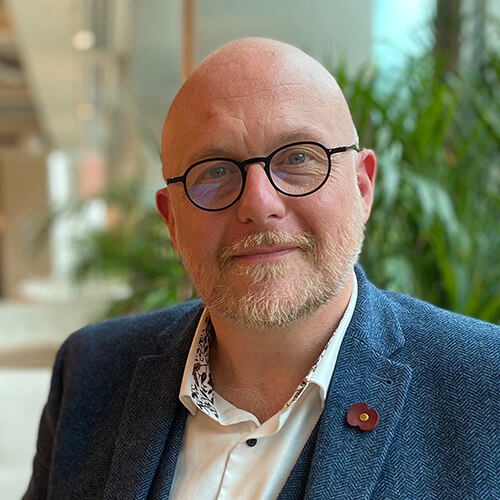 As we know, in the upcoming months the new Food and Drink Advertising Law will take effect in Spain, which aims to prevent children from being the direct target of advertising drinks and foods high in sodium, sugars, sweeteners, fats or saturated fatty acids.